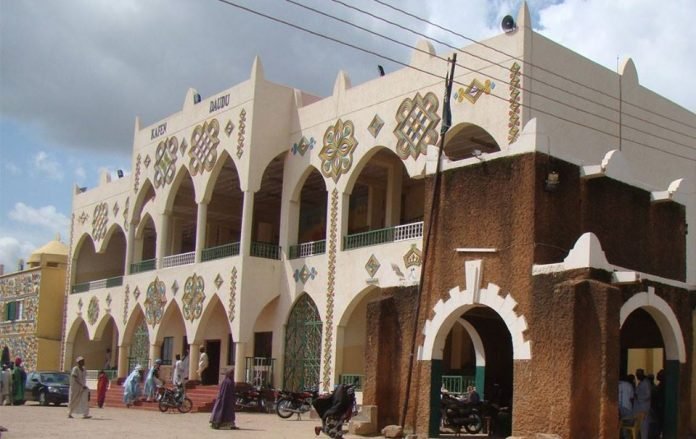 Still a home for all

he Zazzau (Zaria) Emirate is unique for its rich history; it is older than most of the Emirates in northern Nigeria. Zazzau Emirate still serves as a liberal converging point for people from different backgrounds. The Zazzau kingdom is about 1000 years old and it is amongst the oldest and most popular kingdoms in Northern Nigeria. Indeed, the Zazzau Emirate is reputedly the heartbeat of Kaduna State. The ancient city of Zazzau (now known and addressed as Zaria) was established as the seat of the throne of Zazzau more than 700 years ago. The Emirate is situated at the centre of Northern Nigeria and presently covers an area of approximately 20, 800 sq km. The Zazzau Emirate is said to have been named after the younger sister of the famous Queen Amina, who conquered and annexed almost all the important Hausa States. Today, some of her conquests are still visible in some of the Hausa towns where the security walls (Ganuwar Amina) still exist. As a result of the successful expeditions, especially during the reign of Queen Amina, the frontiers of Zazzau were extended to cover the present day Nasarawa State. Its boundaries also reached areas currently occupied by Niger, Kano, Plateau, Katsina and Bauchi States. By the close of the 18th Century the Zazzau Kingdom covered an area of about 37, 850 square miles. During this period the capital of the kingdom was transferred from Turunku to Kufena, then finally to Zaria City due to the favourable geographical location.

The long reign of the non Fulani Rulers of the Zazzau Kingdom came to a close in the early part of the 19th century as a result of the Fulani conquest of the Kingdom in 1804. Following the success of Sheik Usman Dan Fodio’s Islamic revolution in 1804, some prominent Fulani Scholars were given symbols of authority to carry out administration in their respective places. Mallam Musa, founder of Mollawa dynasty in Zazzau became the flag bearer in Zaria and was accompanied by Mallam Musa Yamusa founder of Bare-Bare dynasty of Zazzau and Mallam Abdulkarim, founder of Katsinawa dynasty in Zazzau on the instruction of Sheik Dan Fodio. Zazzau is thought to have been founded in 1536. The first Emir of Zazzau is said to be Mallam Musa, a Fulani man and leader of the Zazzau Jihad The Zazzau Emirate is unique because of its rich history and given the fact that it is older than most of the emirates in northern Nigeria.

the brightest maiden, pure, sublime and honorable”. Zaria may also be taken as a modern variant of Sarah meaning “Princess” or the Arabic name “Zara” meaning blossom.

Zazzau Emirate still serves as a liberal converging point for people from different backgrounds. According to Professor Muhammed Shafiu Abdullahi a traditional title holder in Zaria (Wakilin Makarantar Zazzau) and a Senior Counsellor in the Emirate, “there was one Emir of Zazzau that was nicknamed ‘Gunguwa,’ he got the name because he was regarded at that time as the most powerful Emir and he had love for people of different backgrounds”. Another uniqueness of the Emirate is that the ancient Zaria wall is bigger than that of Kano. “The ancient wall tells you the ancient size of a particular city. Zazzau kingdom is traditionally said to have been founded by king Gunguwa as one of the original Hausa Bakwai (Seven True Hausa States). As one of the southernmost state of the seven, it had the function of capturing slaves for all Hausa Bakwai, especially for the northern markets of Kano and Katsina. Camel Caravans from the Sahara travelled South of Zazzau to exchange salt for slaves, cloth, leather and grain. Zaria’s (Zazzau’s) fortunes declined in the late 19th century, the critical blow was the loss in 1899 of Birnin Gwari, a town and Hausa Chiefdom 63 miles west of Zaria City to Kontogora- an Emirate to the southwest.

In 1901 Zaria (Zazzau) Sought British protection against slave raids by Kontogora. After the murder in 1902 of captain Moloney, the British Resident at Keffi – 154 miles, south, by the Zaria magaji (representative), the British stripped the Emirate of most of its vassal states. Zaria however, remains one of Nigerians largest (about 33, 000 square kilometer) traditional Emirates. Zaria means “the brightest maiden, pure, sublime and honorable”. Zaria may also be taken as a modern variant of Sarah meaning “Princess” or the Arabic name “Zara” meaning blossom. The Zaria annual Durbar is also one of the most significant and interesting events in the history of the city as more than 150 colourful entourages of District Heads and Counselors participate, paying homage one after another to the Emir The present day Emir or Sarkin Zazzau (Zaria) is Alhaji Shehu Idris. He is the 18th Fulani Emir of Zazzau and the Chairman of Zazzau Emirate Council and Kaduna State Emirate Council. He ascended the throne on February 1975. Shehu Idris has also made history as the first Emir that served the Emirate for over 43 years. According to professor Abdullahi, one of the Emirate’s Counselors, the developments that the Emirate has witnessed during the reign of the present Emir have been phenomenal. “We have witnessed developments in terms of industries, schools and even the influx of people to Zaria, we have also enjoyed peace and security”. Emir Shehu Idris has also been described as peace loving and tolerant of all persons including outsiders. In Zaria, the aged Emir generally viewed and regarded by all as a father that wants to ensure the progress of all the people under him.

A Writer’s Quest for Social Justice

The inimitable I Go Die