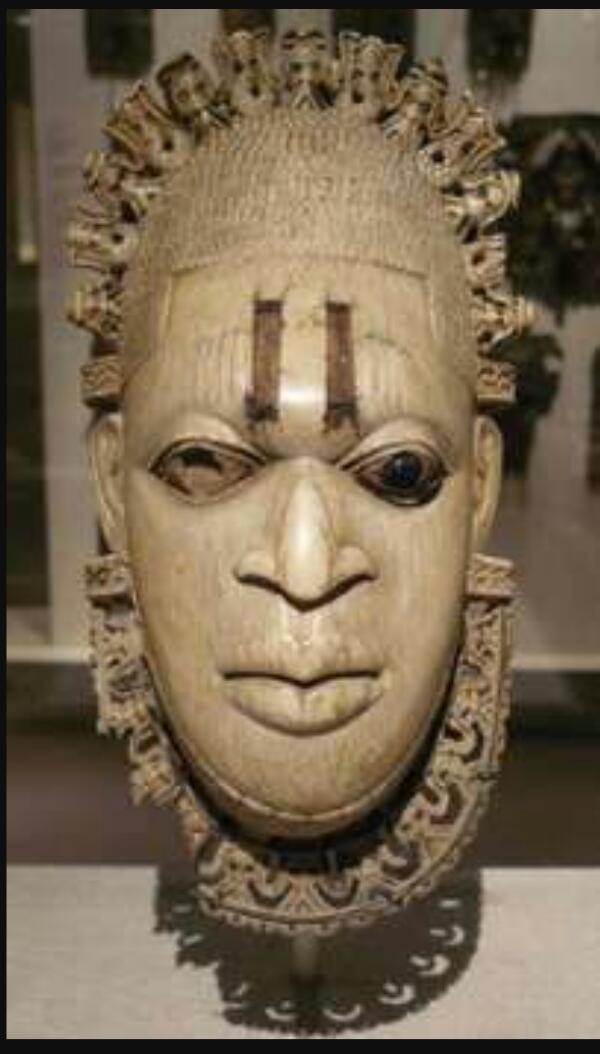 …. A tortious journey to restitution

After a lull, efforts to return some of the priceless artefacts looted from the ancient Benin Kingdom by European invaders is picking up momentum as governments of countries where these stolen artefacts are currently located seem poised to make good age-old promises of restitution 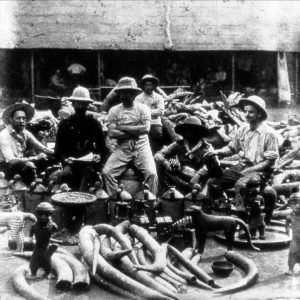 Benin artworks and artefacts can be found in prominent museums and art houses in Europe and North America.

Some of these artefacts looted from Benin kingdom in the late 19th century are also in the possession of some wealthy individuals in western countries either purchased in auctions or bequeathed to them by their forebears who were involved in the famous punitive expedition against Benin kingdom by the British Crown in 1897.

Benin bronzes, brass works and ivory carvings are some of the hallmarks of the ancient kingdom’s art.

These works of art were royally commissioned by the kings of Benin through the centuries and created by a guild known to still be located at Igun Eromwon in Benin City, Edo State, Nigeria. 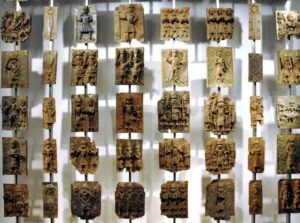 Ownership of the artefacts were exclusively reserved for a few Benin aristocrats and the royal family. The crafts served as historical accounts of their pasts and other commemorative events and were created as pictorial depictions of history similar to the Egyptian hieroglyphics.

Some of these artefacts depicted various themes including wars with neighbouring tribes and kingdoms and trade with early European explorers like the Portuguese and Dutch traders.

It is a historical fact that Portuguese explorers were the first to visit Benin. In their descriptions of Benin as at the 15th and 16th centuries, glowing tributes were inked by the European visitors about Benin empire as “prosperous, civilized and populous” with one Dutch explorer comparing some Benin City streets with the Warmoes in Amsterdam, The Netherlands in the 17th century.

The Portuguese who visited Benin in the 15th century traded clothing, glassware and war weapons for commodities like pepper and other spices, coral beads and ivory.

About three centuries after the Portuguese and Dutch traders began trading legitimately with Benin Kingdom, their influence waned and they were replaced by British, French and German interests just after the Berlin West Africa Conference in the late-19th century where African kingdoms were shared in an event sometimes known historically as the Scramble and Partition of Africa. 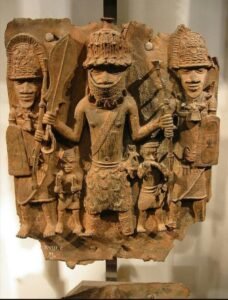 The period between 1881 and 1914 saw a gradual and conscious invasion and colonisation of most of Africa except Liberia and Ethiopia by Western European powers in a period known as New Imperialism.

The Berlin Conference of 1884 attempted to regulate European colonisation and trade with considerable rivalries among the European powers who annexed territories by gunboat diplomacy or forced treaties.

Benin kingdom resisted these colonial forces until February 1897 when it was attacked in what the British Government during Queen Victoria described as a Punitive Expedition, and it’s artefacts looted as ‘spoils of war’.

Benin was the last major kingdom forcibly taken over by the British Colonial government by predetermined subterfuge because the Benin royal authorities rejected any treaty that would cede its centuries old kingdom to any other sovereign authority.

The Benin king and chiefs preferred the symbiotic trade relationship between the kingdom and the Portuguese and Dutch traders prior to the British colonialists.

The British colonial office would have none of that as the kingdom was warned to accept the treaty of ceding its territory to Britain because it is part of the territory shared to it in far away Berlin unbeknownst to the indigenous people of Benin and the coastal people of the Niger Delta territories. 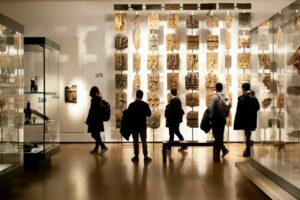 Captain Phillips who led the first attempt to sign a forced treaty with Benin was ambushed by Benin military formations and his party of about 200 men attacked and some taken hostage with only two of the British officers escaping to tell the tale. The failed treaty was initiated on behalf of the British Colonial government by Galway who was later replaced by Ralph Moor whose deputy was Capt James Phillips.

Eager to accomplish the goal of annexing Benin by any means possible, Phillips had in his dispatch to the British Foreign Office planned to loot Benin artefacts to offset any cost that may have accrued to Britain as a result of the military expedition.

The dispatch read: ” I therefore ask for his lordship’s permission to visit Benin City in February next (1897) to depose and remove the king and to establish a native council in his place and to take such further steps for the opening up of the country as the occasion may require. But in order to obviate any danger [of attack] I wish to take up a sufficient armed force, consisting of 250 troops, two seven pounder guns, one Maxim and one Rocket apparatus.

PS I would add that I have reason to hope that sufficient ivory may be found in the king’s house to pay for the expenses in removing the king from his stool.”

In response, The British Foreign Office urged caution but Phillips determined to carry out his plans was undaunted and in his own accord marched into Benin during the festive period of Igue festival, when the king did not entertain any visitors by tradition.

After Phillips was attacked and killed by the Benin army, Ralph Moor sought for permission from the foreign office to attack Benin in a Punitive measure meant to punish Benin kingdom for the attack on its army.

It was during the punitive expedition that thousands of artefacts were looted from the palace and houses of royals and aristocrats of the kingdom and shipped to Europe where the crafts were shared among the military officers and some others sold off to other wealthy Europeans. The reigning monarch, Oba Ovonramwen was also exiled to far away Calabar.

Efforts to restitute these stolen or looted artefacts since then have been stubbornly rebuffed by the new owners citing them as ‘spoils of war’.

The various bronze memorial heads which were cast after each Oba’s demise including carved ivory tusks and pendants were taken from palace shrines without recording the relative positions of which particular Oba the crafts commemorated.

The very first attempt to return Benin stolen artefacts was done by the British colonial government itself in the 1930s when Oba Ovonramwen’s royal regalia made up of beaded tunics was returned to the newly crowned Oba Akenzua the second. The regalia was returned with a ceremony by the British consular representatives.

The Earl of Plymouth visited Benin on January 1, 1935 accompanied by Sir John MacPherson, the then Governor-General of colonial Nigeria and handed over the coral-beaded royal regalia belonging to the exiled Oba Ovonramwen to his grandson Oba Akenzua Il, who was just five years into his reign as the king of Benin kingdom, then subsumed under the authority of colonial Nigeria.

When the restitution movement was codified during the Berlin Conference in 1884, ‘spoils of war’ from non-European were not considered worthy to be returned to the original owners. The application of the codified version of international law by then helped to hinder the return of stolen artefacts to the nations they were looted from except on humanitarian grounds.

About 40 years later, the Nigerian government attempted to retrieve the Queen Idia mask which served as the mascot for the 2nd World and Black African Festival of Arts and Culture (FESTAC) in 1977. Nigeria was reported to have hired the ivory mask for about one million pounds for the event.

In February 2011, a planned sale of the Benin ivory pendant by Sotheby’s in London met with stiff resistance by global activists including Nigerians. The ivory pendant was consigned for sale by the descendants of Galway, one of those involved in the looting of the artefacts in 1897.

Between 2011 and 2021, efforts to return some of the looted Benin artefacts gathered momentum as governments of countries where these stolen artefacts were located began to promise restitution and some others returned in trickles.

The latest of these efforts was in May, 2021 with the visit of German cultural officials who visited the reigning Benin monarch, Oba Ewuare ll with a steadfast promise to return the artefacts in German museums to the Nigerian authorities for onward transmission to Benin.

Dr Andreas Gorgen, the Director-General for Culture and Communication in the German Foreign Ministry announced publicly that the German government has acknowledged the looting of Benin artefacts and expressed the commitment of the German authorities to return the items and assist in the restoration.

The Oba of Benin however enjoined the German entourage to return the artefacts to Benin kingdom directly without involving third parties since it was clear that the items were openly acknowledged to have been stolen from the Benin royal quarters.

From Germany to Namibia