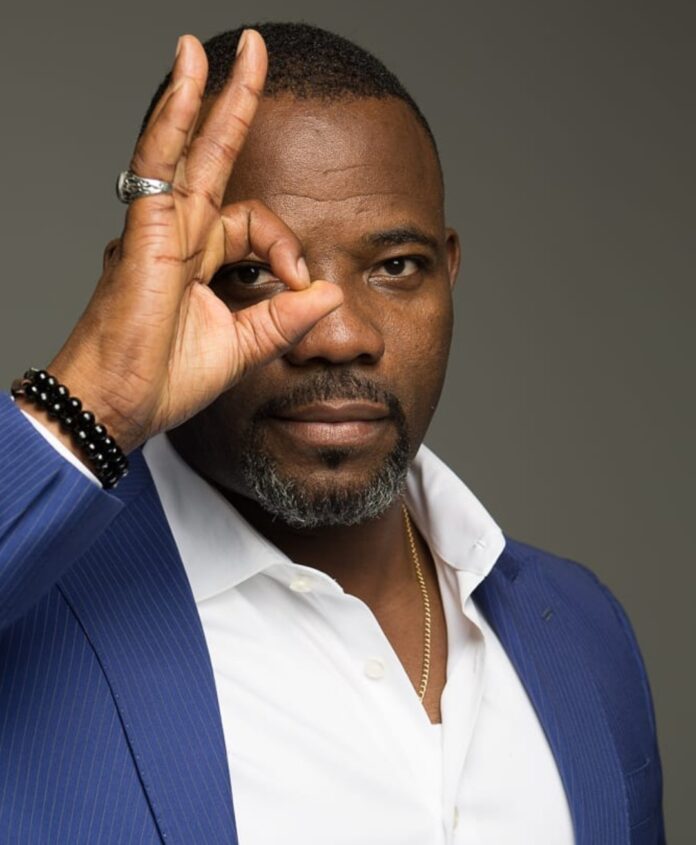 Okey Bakassi is a comedian with an amusing carriage. Usually, everyone laughs even before he opens his mouth

Anthony Okechukwu Onyegbule, popularly known as ‘Okey Bakassi’ is a natural comedian who has the capacity to make people laugh before he says anything. This is his biggest strength and trump card as a comedian and show business man. Either as a show host or comedian, there is always something about him that evokes amusement even when the situation does not call for laughter. He is also a conscious performer who regularly deploys all his non-verbal and verbal communication skills at every occasion. 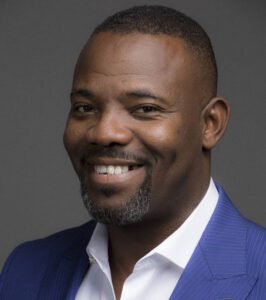 His performing journey began in his university days as an undergraduate. He was actually part of a mobile theatre group that dominated the school’s social circuit back in the day. For this fun-loving set of performers, no form of entertainment took place on campus without their active involvement as a group or individually. So, long before graduation, he already knew he had a rendezvous with show business and related activities.

Consequently, on arrival in Lagos in search of his destiny, he met Zeb Ejiro, a big movie producer who gave him his first major acting opportunity on the set of Fortunes in 1993. As Nick, one of the bodyguards of the Johnson’s, he drew attention to himself on a network television production that eventually aided his acting career and changed his life forever.

From there, Anthony Okechukwu Onyegbule (his real name), took off with great speed and promise. In a few years, he had gained momentum and was already airborne, attracting attention and patronage from everywhere in the country, including Nollywood and corporate Nigeria. He also won many awards and recognitions in a very short time in Nigeria’s movie industry and the comedy world. The more prestigious prizes include his 2014 Best Actor in a Leading Role and the Best of Nollywood Awards for his role in the movie, Onye Ozi. 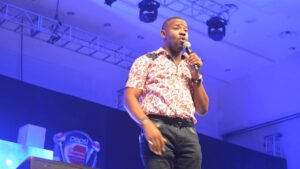 Outside comedy which appears to interest him a great deal, Okey Bakassi is frequently hitting the airwaves and providing comic materials with the many programmes he anchors on radio and television. The Other News, a show he presents on Channels Television that showcases his multiple aptitudes, boasts of a very big viewership in Nigeria and outside.

No doubt, the story of this tough graduate of engineering who chose comedy above every other profession is still unfolding. But Okey Bakassi is not depending on outsiders alone, to fill the gaps and tell his story. So, about two years ago, he presented a book written by him on his life’s fascinating journey, Memoirs of an African Comedian. This memoir presents interesting perspectives on the comedian’s incredible life, from childhood and growing up days to adulthood with all the anticipated dramas. It is a book with facts about the comedian and his strange world.

From all the accounts, Okey Bakassi was certainly born to be an entertainer. In spite of everything, including attending Rivers State University of Science and Technology, Port Harcourt, an institution without a theatre department, he still managed to live his dream. He did not mind all the obstacles a first time actor would naturally meet during audition, and the entire gamut of production that involves interpretation of roles, directing and delivery.

But if laughter is truly the best medicine, then Nigerians and indeed everyone who subscribe to the jokes of this comedian and his colleagues owe them. Certainly, they are filling a vacuum. And the fact that many of them today are financially well off, is a sign that they are appreciated.

A Writer’s Quest for Social Justice