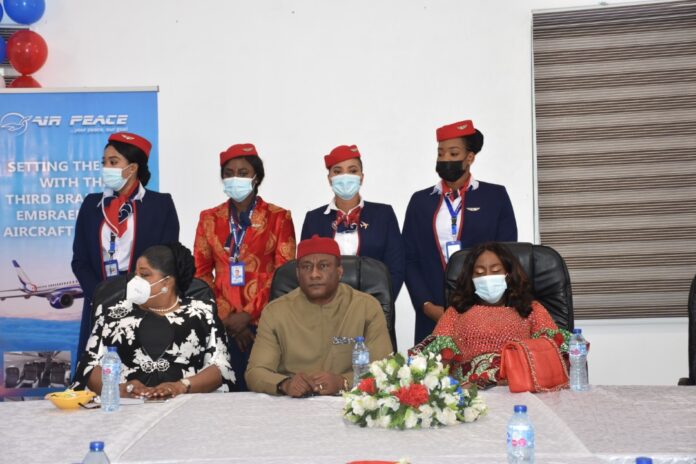 In 2019, Air Peace announced the acquisition of 30 Embraer 195-E2 aircraft, which included 13 firm orders and 17 purchase right orders from Embraer. So far three of the brand new aircraft have been successfully delivered by Embraer

West Africa’s biggest carrier, Air Peace on Thursday, June 17, 2021, took delivery of its third brand new Embraer 195-E5. The airline is slated to take delivery of all the 13 firm orders made to the Brazilian plane manufacturer, Embraer, before the end of 2022. 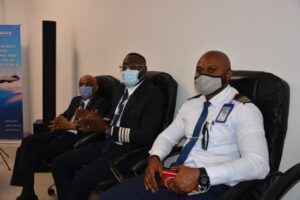 Barr. Allen Onyema, the Chairman and Chief Executive Officer of Air Peace, disclosed this just before the third brand-new aircraft touched down at the Nnamdi Azikiwe International Airport in Abuja from the Embraer Facility in São José dos Campos.

“We have paid Embraer for thirteen brand-new aircraft, and we now have three with the arrival of the latest aircraft. There will be two coming in August to make it five and before the end of 2021 we will have eight,” an elated Onyema said at the brief but colorful arrival event in Abuja. 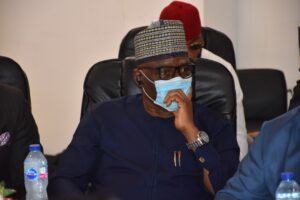 He disclosed that 13 out of the 30 E195-E2s the airline ordered from Embraer would be delivered by the end of 2022. He confirmed that Air Peace would activate the payment for the additional 10 of the aircraft model by the beginning of 2023.

According to the Air Peace CEO, these aircraft would hit the West Coast and African region very soon as the airline sets out to strengthen its regional route with the inclusion of other routes like Douala (Cameroon), Kinshasa (Congo), Niamey (Niger), Dakar (Senegal) as well as Freetown (Liberia). 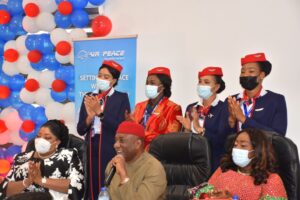 Onyema had in 2019, announced the acquisition of 30 Embraer 195-E2 aircraft, which included 13 firm orders and 17 purchase right orders from Embraer.

According to him, the acquisition of the 30 brand-new airplanes would create an additional 17, 000 jobs for technical personnel in the country, which presently has 10,000-workforce. 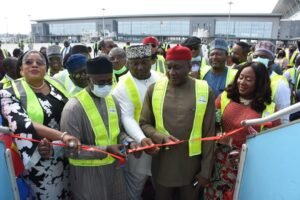 “We have new routes that we want to deploy the aircraft to. We have new routes that we have just opened, and more routes will still come in the coming months. We are opening Gombe very soon and our intention is to open up this country. We will also connect North East with North West and other routes. Owerri-Kaduna and other routes will be connected. 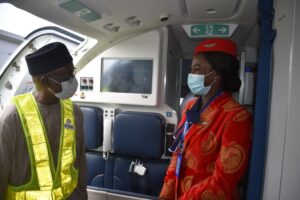 “We have been designated to so many international destinations by the government. We have over 20 destinations, which is very commendable.”

Besides, Onyema said that the airline was planning to commence the Lagos-London route, stressing that the Nigerian Civil Aviation Authority (NCAA) was assisting the airline to fast-track the process. 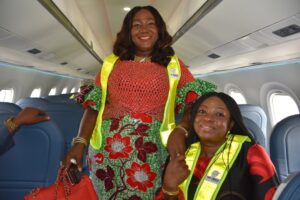 He specifically lauded Mallam Hadi Sirika, the Minister of Aviation for driving the change in the sector, stressing that the Minister had ensured far-reaching changes in the industry since his appointment about six years ago.

Also speaking at the event to receive the new aircraft, the Director-General of the Nigerian Civil Aviation Authority (NCAA), Captain Musa Nuhu, who described the arrival of the brand new aircraft as a milestone, said that what was happening in Nigeria’s air transport industry was a paradigm shift. 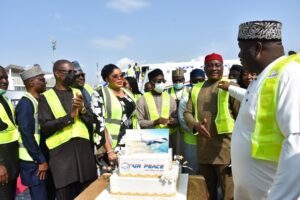 Nuhu commended the Air Peace Chairman, stressing that the beauty of the delivery was not just that the aircraft is new but that the airline picked the right aircraft suitable for the market. 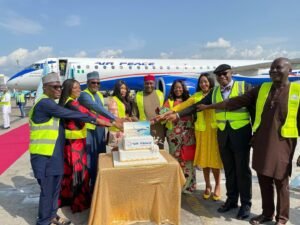 “The Embraer aircraft is the right aircraft, it breaks even with low passenger figures, your maintenance cost is low, your operational cost is low,” he said. 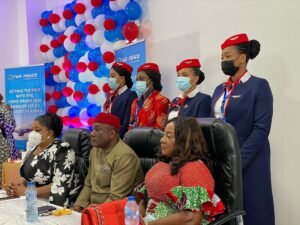 Nuhu noted that another advantage is that the new aircraft is absolutely great for the environment, as it reduces environmental pollution. 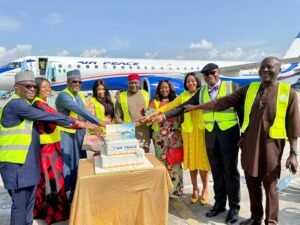 “I am really proud that I am DG when this paradigm shift is happening. We are all here to work together to grow the industry and we have to give kudos to the entrepreneur as without such people all this will not be possible; we need entrepreneurs like Onyema” the DG said.

Chef Taylor’s Pick Of The Month

A Basket of Jokes Basketmouth…living up to his name