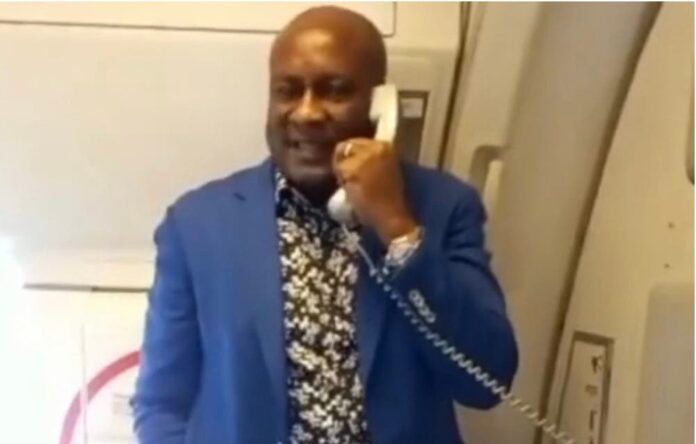 Globally renowned for his decades of work in peace-building, conflict resolution, and mediation in complex, albeit near-boiling point, crises across Nigeria and beyond, Barr. Allen Onyema, the Chairman of Air Peace, recently had cause to momentarily return to his original ‘calling’ as he passionately spoke to passengers on board an Air Peace Boeing 777 jet from Lagos to Abuja 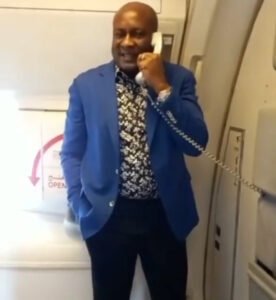 The Chairman and CEO of Air Peace, Allen Onyema has called on Nigerians not to be discouraged by recent events, which have given vent to calls for separation, insisting that Nigerians are better off living in one, united nation.

He made the call recently when he addressed passengers onboard Flight 7120 operated by the airline’s Boeing 777 from Lagos to Abuja and told them that with the natural and human resources abound in the country, Nigeria potentially remains a great nation and would sooner than later become the envy of the world.

He said that the current challenges could be the key that would unlock the full potential of the country to rise to its great if the citizens work together to make Nigeria better, adding that the country’s size is a huge advantage for her.

“Nigeria is for all of us. The bigger Nigeria is the best thing ever that can happen to Nigeria. We don’t need to balkanize this country; we don’t know what we have got having this country called Nigeria. Our diversity should be our strength and not our Albatross. The diversity we have is the best thing that can ever happen to this nation. Let us make it work; let us stop engaging in blame games. Let us stop engaging in the stigmatization of ethnicities, let us work as Nigerians,” he told the passengers.

Onyema who initiated the training of Niger Delta youths in the early 2000s, which later culminated in the amnesty program under the late President Yar’adua administration, told the passengers that the United States is a conglomeration of people from diverse nationalities who worked together to build a great nation.

“America is the melting pot of all ethnicities in the world. You have Igbo America, Fulani America, Yoruba America, and Anglo-American from England, from Russia also and all over the world. Yet when they get the passport, they profess America. However, in my country with all our capacity the first thing we profess is our ethnicity, I am an Igbo, Yoruba, I am Hausa. Can we stop this? This country can be better than it is. It is not the fault of the government; it is not your fault; it is the collective effort of all of us that can make it work, not just the government alone. I want you to have hope in your nation; do not lose hope. Don’t feel that the worst has come to happen. We have passed through this stage before, let our diversity be our strength and this country will remain great,” Onyema who facilitated the evacuation of Nigerians from South Africa during Xenophobia violence in 2019, told the passengers.

Mabel Segun The writer and sportswoman