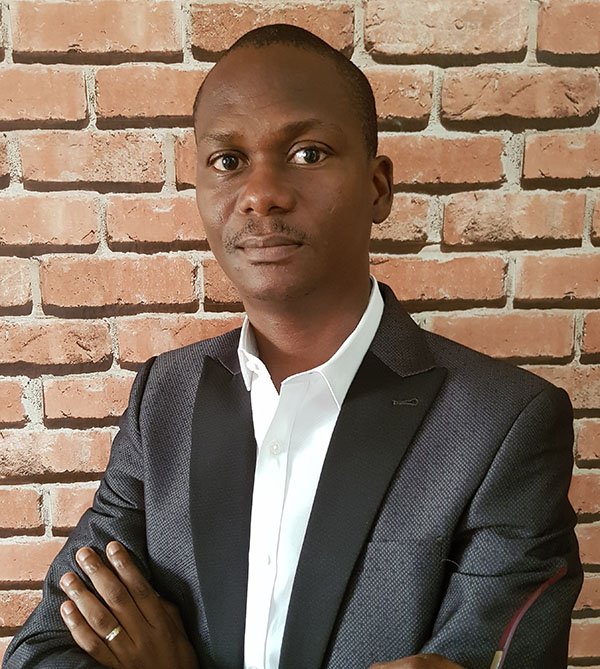 Yishau Olukorede, author and Journalist talks about his new book, In The Name of Our Father 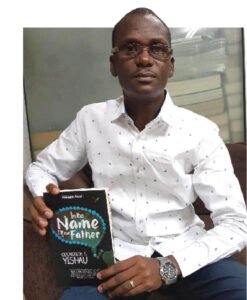 Olukorede Yishau is a journalist and novelist on the move. It is very evident that this author is leaving nothing to chance in his determination for recognition and success in Nigeria’s literary space. So far, he is on course.

Apart from his daily reporting and editing in the newsroom as a journalist, Yishau is also associated with two important literary works, IN THE NAME OF OUR FATHER, his first novel, and VAULTS OF SECRETS, a short story.

The writer who is one of four Nigerians participating in a University of Iowa Creative Writing Programme, recently made the list for this year’s $100,000 worth Nigeria Prize for Literature. For over a decade, the Nigerian Liquified Natural Gas Limited (NLNG) has been rewarding Nigerian writers across different genres and this has significantly affected literature 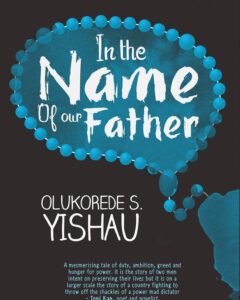 This prize is clearly the continent’s biggest reward for creativity and Yishau who is among the 11 nominees, is already excited. He speaks with Sylvester Asoya about his writing journey.

How did you feel when you received the news of your nomination, I mean for the NLGN prize?

I was very happy after Jude Idada and Toni Kan, one of the three editors of the book, broke the news to me. I woke up that Sunday around 11 am to see that Toni had called me twice. I also saw a WhatsApp message from Jude saying congratulations. I called Toni to ask why he was calling me, he decided to keep me guessing by asking me to check the Lagos Review website in four minutes. That was after he had asked: “Have you heard the news? Have you heard the news?” I kept checking but I think there was a technical glitch and I couldn’t see any news. In my impatience I called Jude to ask why he was congratulating me.  Though my mind told me it had to do with the Nigeria Prize for Literature, I just wanted to confirm. So, Jude confirmed it to me and immediately I dropped, I saw a link from Toni confirming the news and congratulating me. I called Toni back and we talked about the development. I also thanked him for giving me the final push to publish the book.

The book’s title, In The Name of Our Father is unique. What inspired the subject?

That was not the original title. The book started as ‘The Prophet’. I later changed it to ‘Angels Live In Heaven’. I think years later, I renamed it ‘In The Name of The Father’, but while we were about to go to press and my publisher had applied for the ISBN, I discovered there is an American movie by that name, so I decided to remove ‘the’ and replace it with ‘our’, thus changing the title to ‘In The Name of Our Father’. Since a chunk of the book is about a prophet who uses God’s name to deceive the people, I felt it captures the essence of the book more than any other title. That was why I settled for it. It is a play on the Biblical saying in the Name of the Father and of the son and of the Holy Ghost— the father here refers to God. I can’t remember exactly what inspired it, but I suspect I must have come across that phrase and it struck me that it better represents my book and will draw the needed attention to it.

What is your central message in this novel and why is it unique?

The central message is to espouse the fact that not everyone who calls himself a man of God is actually of God and to also draw attention to the evil of military dictatorship. To be able to deliver this double-barrelled message, I had to create two stories in one; one in the form of a story-within-story and the other the main story and both are well tied together because the narrator of the main story is the author of the novella that is the story-within-story.

Do you think literature is doing what it should do in a developing country like ours?

This is a very difficult question. For literature to be able to do what it should do in a developing country like Nigeria, there should be a vibrant publishing industry, but what we have now is not very vibrant. Most publishers are interested in publishing textbooks and the few ones that are publishing works of fiction need to be sure of their return on investment. We thus have a situation where many of the novels published here are the Nigerian editions of novels by Nigerians or Africans that are popular in the West. New comers have to either resort to self-publishing or wait until a publisher decides to give them a try. With this kind of a situation, I believe literature is hamstrung to do what it should do in a country like ours, which aside entertaining, it should also dwell on social realism and what I like to call art for relevance and not art for art’s sake.

What drives you as a journalist and a creative writer?

I’m driven by social justice. And that is paramount. Of course, I relish writing great prose that at times is wrapped around poetry, but in coining my beautiful sentences and paragraphs, somewhere at the back of my mind is the need for me to do art for relevance and you can see evidence of that clearly in my novel and my column called Above Whispers in The Nation newspaper.

What inspired this narrative that appears to be going places?

I started journalism in 1999, just as Nigeria was returning to democracy after the brutal years of the Abacha regime. I was working with a magazine called The Source and the last page of the magazine was called Night Diary. On it, reporters wrote about their experiences at night. Outsiders were also allowed to contribute once in a while. I read one contributed by an outsider about a pastor who was involved in fetish stuff. It struck me as something that could make a good novel. While the idea was germinating, I decided to blend it with something about our last brutal military regime and it was not difficult for me to find a link because there were speculations at the time that the regime was paying marabouts and clerics to ensure the dictator transform into a civilian leader and rule us for life. Around that time, too, a man came to our office and spoke about the shenanigans of a popular church founder who had a link to the regime. The things he told us and many others came in handy when I was working on the book. 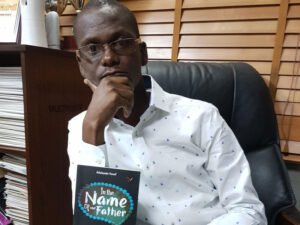 As a writer, who and what are your influences?

My influences are wide and varied. I fell in love with reading at a young age accidentally. I say accidentally because it was not that my father or mother deliberately bought novels for me. I just got to read stories and they spoke to me and with time I felt I could also write my own and I started trying my hands at writing a novel in secondary school. The principal of my secondary school in my final year, the late S.A. Bodunrin, helped sharpen my writing skills a lot by making me his secretary and dictating speeches for me to write and showing me what I got wrong so that I would not repeat the errors again. He also diligently marked my scripts and guided me and was ever willing to answer my questions and he never got angry even when I disagreed with him. Books such as Chinua Achebe’s Things Fall Apart and A.O. Oyekanmi’s The Birthday Party must have been early influences. Along the line, I read Ben Okri’s Famished Road and was crazy about it. In the last few years I read an average of 50 books, fiction and non-fiction, annually and I pick one trick or the other along the line and they influence my art-for-relevance journey.

What are your thoughts on Nigerian literature?

The Nigerian literature is very robust, home and abroad. Many Nigerians are playing at the international level and they are doing extremely well. People like Chimamanda Ngozi Adichie, Chigozie Obioma, Nnedi Okorafor, Abubakar Adam Ibrahim, Lola Shoneyin, Tope Folarin, Chia Unigwe, Adaobi Tricia Nwaobani, Helon Habila, EC Osondu, Yewande Omotosho, Yejide Kilanko and many more are well-regarded home and abroad. Even those who are published only in Nigeria cannot be relegated. We have fantastic writers. We have a very robust pool of writers, young and old. Of course, the economy of the country is not doing well and like it has affected almost every facet of our lives, it has not spared the publishing industry and publishers are gasping for breath. All in all, we are undaunted despite the odds.