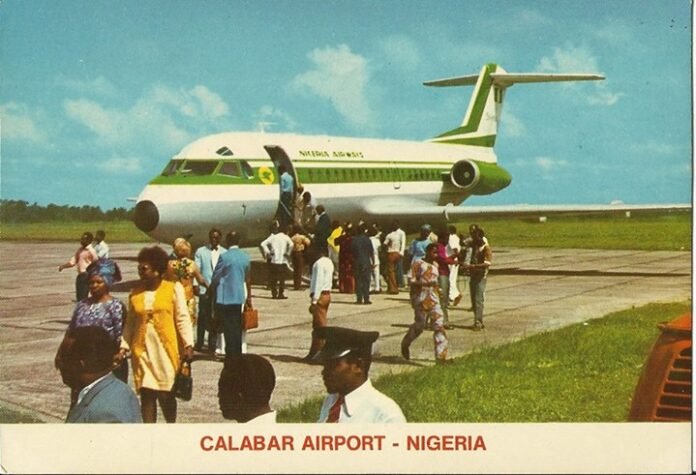 Looking back at how it all started in November 1, 1925 about 96 years ago when the first aircraft, De Havilland DH 9A aircraft, that belonged to the Royal Air Force, RAF landed in Kano to the most current happenings in the aviation industry in Nigeria, one can naturally say the industry in Nigeria has evolved tremendously. 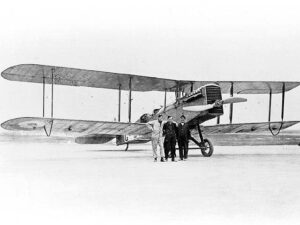 From almost a generation when aircraft pilots blindly charted their way through the skies without navigation or the announcement of aircraft arrival in Kano via blowing of a horn, or the lack of runways etc, one can comfortably admit that it has been an intriguing and daunting journey for the bourgeoning aviation industry in Nigeria.

Between October 1, 1960 when Nigeria gained independence from Great Britain and today, there have been major changes in the aviation sector, some triggered by the need to improve the system, others as a result of circumstances.

However, one thing is certain: current events in Nigeria’s aviation industry have changed the dynamics entirely and altered how the sector is regarded in the world’s most populous black nation, especially in the critical areas of policy, regulation, infrastructure and how all these affect the key players, the airlines.

Policy shifts in 1985 led to the deregulation of the airline industry and this paved the way for the entrance of private airlines like Okada, Chachangi, Albarka, and the likes, into the market, competing and collaborating with the then national carrier, Nigeria Airways.

However, with the liquidation of Nigeria Airways in 2002, the private airlines found themselves dominating the industry both in Nigeria and the West Coast.

A number of policies have actually been perceived to have militated against private airline operators in the country. A case in question is the decision of the then Minister of Aviation, Mrs. Kema Chikwe to ban all BAC 1-11 aircraft from operating in Nigeria’s airspace. This policy directly affected airlines like Albarka, Okada and the likes who had mainly that aircraft type in their fleets, leading to their grounding. They never recovered.

Thereafter, an age limitation policy was placed on aircraft being operated in the nation’s airspace at 22 years. In fact, the government planned to reduce the aircraft age further to 15 years but for cries from stakeholders and experts who tried to explain, with evidence, that age was not a causal factor in air crashes but that maintenance was.

In 2004 there was Virgin Nigeria, a partnership between Nigeria and the United Kingdom business mogul, Richard Branson which was described as a replacement for Nigeria Airways with pomp and pageantry. The investor-owned a 49% stake in the airline which included the brand name (Virgin) which Nigeria was paying for among other things.

Miffed by the way the agreement was turning out, Branson pulled out and went to the market to sell its 49% stake in the airline four (4) years later, in 2009.

Before a new investor came in, the airline was rebranded Nigeria Eagle by Captain Dapo Olumide, who began his brief stint as the Chief Executive of Nigeria’s carrier. By changing the name, he blocked the annual revenue Virgin Nigeria was remitting to Virgin Group annually for the brand.

On October 16, 2009, Nigerian Eagle took delivery of two ERJ 190-200LRs registered 5N-VNH and 5N-VNI from the order of 10 aircraft worth $811million made during its Virgin days at the Dubai Airshow in 2007 by its managing director, Conrad Clifford, sadly those two aircraft were all that was delivered before a new investor too over the airline.

In 2005, about the same time when Virgin came to do business in Nigeria, a new private airline, Arik Air, was born. Arik bought off the assets of the defunct Nigeria Airways including its maintenance hangar and building, setting the stage for the entry of new aircraft with the CRJs before leasing some Boeing next Gen aircraft. However, the airline hit hard times not too long after and is struggling to get back on its feet.

In 2007, the Federal Government of Nigeria introduced the recapitalization policy in the aviation industry. The then Minister of Aviation, Mallam Isa Yuguda, said the policy was introduced in a bid to enhance safety in the nation’s airspace. This policy mandated airlines wishing to operate domestically to meet the minimum requirement of new generation aircraft not lower than B737-300 or its equivalent with the estimated capitalization made up of the cost of leasing of aircraft and other assets such as offices, spare parts, technical staff, among others, which translated to N500 million, at the time.

Having witnessed the era of boom and gloom for Nigerian airlines, then came the new kids on the block like Air Peace, Ibom Air, Azman Air, Dana Air and new entrants, United Nigeria and Green Africa. 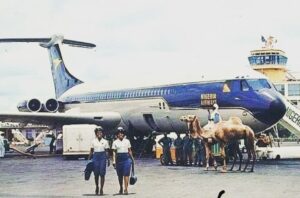 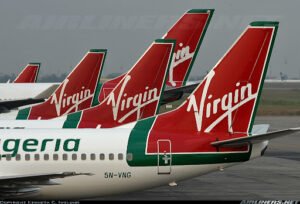 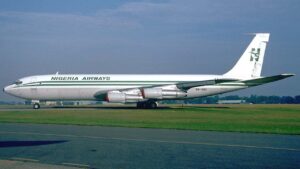 Airlines in Nigeria seem also to have evolved and are not in the market to buy aircraft for just the sake of buying because each equipment needs to be looked at with relation to how it impacts on the operations of the airlines.

The Introduction of New and More Efficient Aircraft

There has also been a shift in the last three years; from the Boeing 737 classics to newer aircraft types; from the introduction of the Boeing 737-700/800 to the CRJ aircraft by Arik Air to the use of ATRs by some other domestic carriers.

Most significant, albeit audacious, in the aircraft acquisition in Nigeria is Air Peace’s order of 30 brand new Embraer E195-E2 in 2019 valued at $2.12 billion based on current list prices, setting a continental record and becoming the launch customer and first African airline to order and fly the sleek new technology.

The deal, which was unveiled during Embraer Business Meeting with the Aviation World in Port Louis, Mauritius, comprises purchase rights for a further 20 E195-E2 jets.

For the Chairman of the airline, Barr. Allen Onyema, Air Peace went for this particular aircraft type to give its passengers what they deserve in terms of comfort as well as help the airline’s connectivity plans nationwide under its no-city-left-behind initiative.

Onyema said Air Peace aims to replace its current Boeing classic fleet with the more fuel-efficient E195-E2 jets and make forays into other parts of Africa as seen with the airline’s expansion into the West Coast with Ghana, Freetown, Douala (Cameroon) and long haul destinations as Dubai through Sharjah in the United Arab Emirates (UAE) and Johannesburg (South Africa). 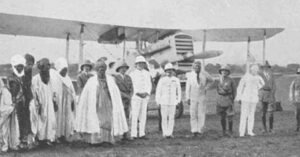 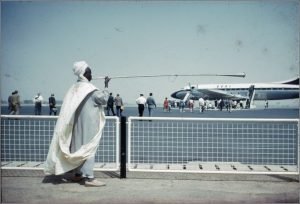 Before this order of Embraer in September 2018, Air Peace had ordered 10 brand new Boeing 737-MAX aircraft and the Chairman, Allen Onyema still believes once the MAX undergoes every form of certification after its recent incidents, it would still be interested in redeeming the orders.

This paradigm shift, according to the Director General of the NCAA, Captain Musa Nuhu, has engendered fleets with low maintenance and operational cost and would give the airlines good returns. This of course is in addition to the fact that with the acquisition of new state-of-the-art equipment, the airlines are upping their environmental friendliness.

Aviation has grown in leaps and bounds from 1960 till date but it can do better and airlines like Air Peace have stood up to be counted as one of those game changers in an industry that has faced adversity but is looking forward to a future so bright, it may well bring sunglasses.

Anthony Patrick Omoh is the Publisher of NigerianFLIGHTDECK

How To Follow Fashion Trends Without Losing Your Personality.