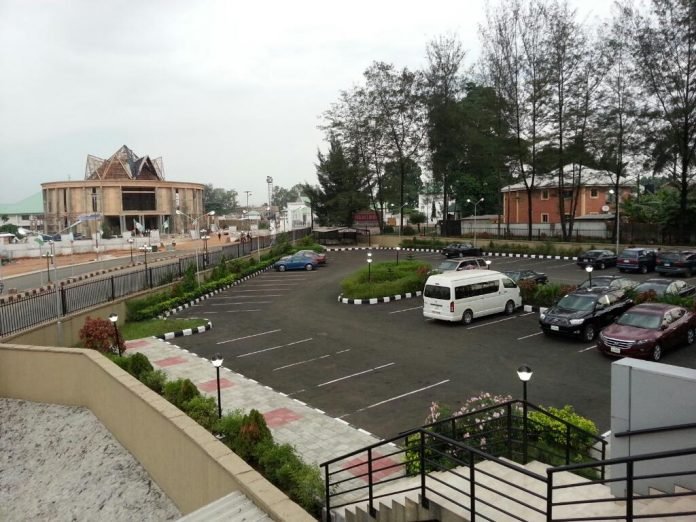 An endearing mix of everything igbo and the inevitability of modernization. Owerri, the beautiful capital of Imo State is a hub of activities and events for tourists.

Owerri is the capital of Imo State in Nigeria. It is bordered by the Otamiri River to the east and the Nworie River to the south. The Owerri Slogan is Heartland. With its high density of spacious hotels, high street casinos, production studios and high-quality centres of relaxation, Owerri is a hub of activities and events for tourists. An endearing mix of everything Igbo and the inevitability of modernization. To the heart of the matter, here are some of Owerri’s sights and sounds.

The National Museum in Owerri was established in 1988. The museum’s collection is ethnographic and it has a permanent exhibition of money and household utensils depicting the way of life of. the early settlers in Owerri. It also contains some relics from the civil war.

Owerri is a true Igbo city and like any other, it is ﬁercely proud of its cultural history. One place to appreciate this cultural phenomenon is the Mbar Culturali Museum It is an open space museum that carefully shelters priced artefacts of Igbo heritage. The centre is divided into three sections made up of the Mbari Museum Kitchen, Mbari House and an amphitheatre.

Created for relaxation and entertainment for families, visitors and children within the Owerri community. This park has fun and games for everyone.

Formerly known as Ada Palm Plantation Complex, this massive Palm Plantation Complex seats on 4,310 hectares of land Imo state. It is the largest oil plantation in West Africa and the location for one of Nigeria’s economic mainstay before the discovery of oil. It was set up in 1974, with the planting of the palms trees done by Ukpabi Asika in 1976 while the ﬁrst civilian governor of Imo State, the late Chief Samuel Onunaka Mbakwe built the mill in 1983. Here palm kernels are harvested and proceeded from start to ﬁnish to produce palm oil.

Locals, The lake has attracted a lot of visitors and tourists over the years. Unlike most other natural lakes you will come across, the waters of Oguta are pristine, not salty and do not harbour any dangerous animals. Hence they are conducive for swimming and sightseeing. While visiting the lake, you can either go with swimming trunks or have a picnic at its bank and do some ﬁshing. The spectacular conﬂuence of the Blue Lake and Urashi River also is a sight to behold. The Oguta Lake is blue in colour while Urashi is muddy in outlook but they never mix up. Any attempt of scooping water from one to the other will manifest a gradual separation of both, even within a container.

Just beside the Oguta lake is the Oguta Lake Holiday Resort. The Lake Resort has one of the best facilities dedicated to hospitality in Nigeria. These includes, A Golf Course with 18 standard international holes, Relic of war constructed by the defunct Biafran Navy during Civic war, Natural conﬂuence of Oguta Lake and Urashi River, Cruise boat services, Golf Club Bar House/ Oguta Lake Motel for refreshment, a luxury hotel for lodging and feeding as well as a recreation park.

The Nekede zoo is located in Owerri West Local Government Area of the state. The zoological garden established in 1976 under the State Ministry of Agriculture as an animal park. The Nekede Zoological Garden which sits on 10 hectares of reserved forest, houses a variety of animals, including lions, chimpanzees, monkeys, pythons, ostriches and crocodiles, among other animals.

Come over to the Owerri Mall, with its pleasant aesthetics it is a prime hang out spot within the city. Grab a movie at the cinema or burger and tries at the food court, shop for anything and everything at affordable retail stores or just come to chill with friends. There’s always something for everyone at the mall.

Dan Anyiam Stadium is a multi-purpose stadium located in Owerri, Imo State. Located in the centre of Owerri, the capital of Imo State, the stadium is named after Daniel Anyiam, vice-captain of the ﬁrst Nigeria national football team. It is used mostly for association—football matches and is the home stadium of Heartland FC. The stadium has a capacity of 10,000 people.

Assumpta Cathedral is located at Villa Assumpta, Owerri, Imo. This church was built in 1948 to serve as a place of worship for catholic people. It is notable as the seat of the Roman Catholic Archdiocese. The Assumpta church became an archdiocese on May 26, 1994. The Assumpta cathedral is one of the largest Catholic churches in Nigeria and is the seat of. the Roman Catholic Archdiocese. As beﬁtting an archdiocese, its cathedral has the most magniﬁcent of architectural details, as though the workmanship was born of the numinous.

This place is one of the oldest and most popular spots in Owerri. It is best known for its delicious shawarma, prepared in hygienic conditions. Probably the best place to buy star wanna, you are guaranteed of getting your money’s worth. You can get Chicken shawarma for NGN700 and NGN500 for beef shawarma. You can also include sausages or go for a mix of chicken and beef or even just extra beef, depending on your preference.

How to Pack a Suitcase Efficiently

Where There Is A Will